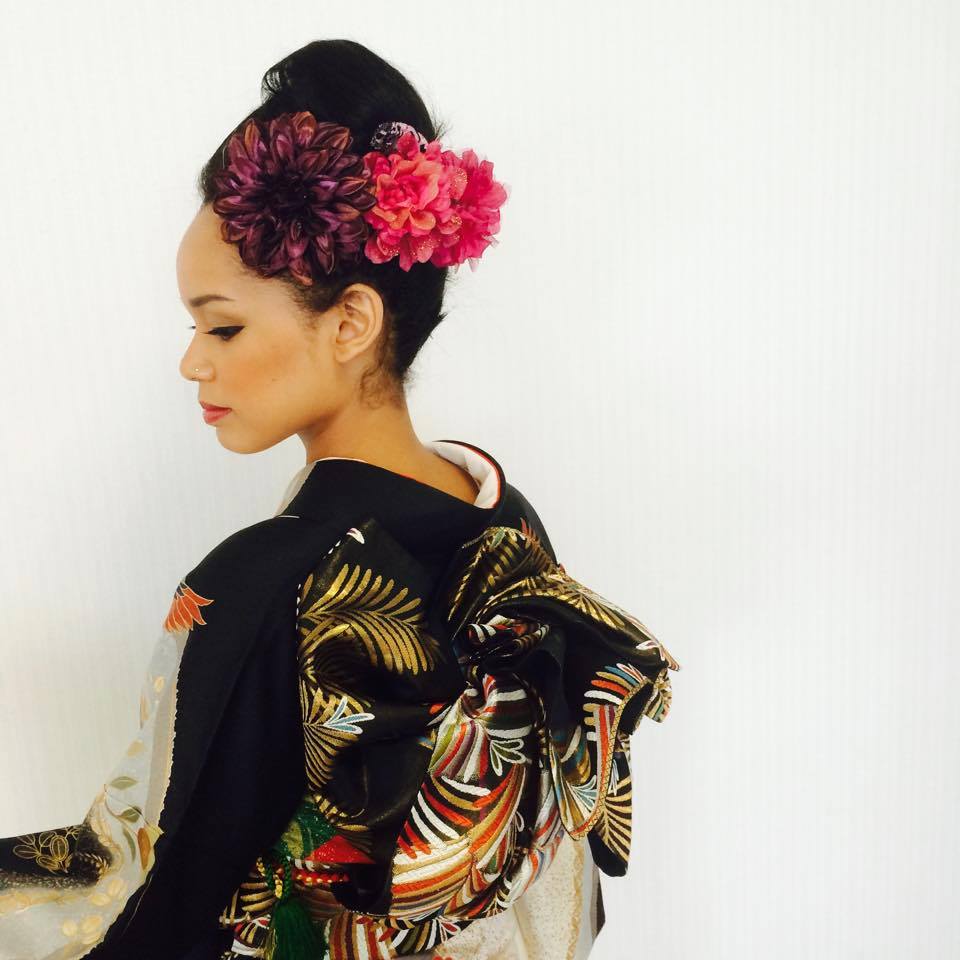 Ariana Miyamoto, a beautiful 20-year-old with great skin, was recently crowned Miss Universe Japan and will represent Japan at the 2015 Miss Universe pageant. Unfortunately, because she’s mixed, there are people who think that Miyamoto isn’t “Japanese enough” and shouldn’t represent Japan. These people are terrible and racist.

There’s no doubt that mixed people face discrimination in Japan simply for being mixed. In 2006, during the succession controversyover the Japanese Chrysanthemum Throne, one politician famously denounced the idea of allowing women to reign, as, he said, an empress might marry outside Japan and have mixed children (very objectionable!). “If Aiko [the eldest princess] becomes the reigning empress, and gets involved with a blue-eyed foreigner while studying abroad and marries him, their child may be the emperor,” said politician Takeo Hiranuma. “We should never let that happen.” The argument is that a mixed Japanese person can’t represent Japan.

Miyamoto faces the same criticism, especially since she’ll be a cultural ambassador as she heads to Miss Universe. But discrimination for being mixed isn’t all she faces: she also faces bigotry specifically because she’s black.

The most common term for “mixed” in Japan is “hafu,” a pronunciation of “half,” and it describes a person with one Japanese parent and one non-Japanese parent. The term is supposed to encompass all mixed people, regardless of where their other parent is from. But the most visible examples of hafu individuals are mixed Japanese and white.

Anyone familiar with Japanese entertainment can tell you that hafu are overrepresented there, and most, if not all of them, are Japanese and white. Famous names like Becky, Anna Tsuchiya, Christel Takigawa, and Angela Aki, off the top of my head, are all part white. (My grandmother, for instance, regularly tells me that I should be a tarento specifically because I’m hafu.)

In Japanese entertainment, being visibly part white codes for social capital and desirability. This isn’t a new construct: it was chronicled in Junichiro Tanizaki’s 1924 novel Chijin no Ai, or Naomi, about a young couple at the turn of the century, obsessed with bucking tradition and embracing Western culture and trends. The titular character, Naomi, is known as an effervescent party girl blessed with Eurasian features and a name that can be pronounced easily by foreigners. It’s said that Naomi is beautiful because she looks like a white American movie star.

Being visibly part white can confer privilege. And visible whiteness is certainly valuable in an industry built on Western beauty standards. But Ariana Miyamoto, though she’s mixed, is perceived differently: her visible blackness shapes how she is seen. And Japan is no stranger to anti-black racism and colorism.

All mixed people face discrimination in Japan for being mixed, but beyond this there is no singular hafu experience. Conversations about Miyamoto’s reception in Japan need to focus on her blackness as much as they focus on her mixedness.